PHOENIX – Today, the McSally for Senate campaign launched a new ad highlighting Senator McSally’s work to secure the southern border. Arizona ranchers John Ladd and Jay Whetten explain why Martha’s proven record of leadership on border security has been a boon for Arizonans and why “we need more Martha McSallys in Washington.”

The ad will air during primetime on Fox News for all four nights of the GOP Convention. 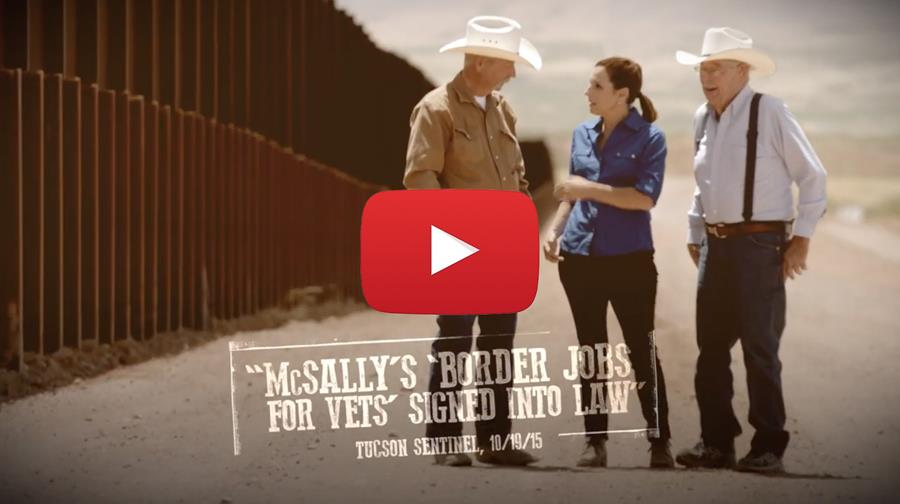 Jay Whetten: It’s not just drug trafficking. Human trafficking is a huge element. This needs to be stopped. We need to seal our border.

John: Martha McSally understands what it takes to control it. The bills she’s introduced is exactly what we need.

John: She’s the best person we’ve had dealing with this in my lifetime.”