PHOENIX – Today, the McSally for Senate campaign announced a team of county campaign chairs, representing Arizonans from across the state that have endorsed Senator McSally. The group of county chairs is comprised of business owners, ranchers, mayors, and legislators. This list of endorsements represents the enthusiasm and widespread grassroots support for Martha McSally in all 15 counties.

“I am honored to have the support of this distinguished group of leaders from across Arizona. I have spent the last two years fighting for Arizonans in the Senate and standing up against liberals whose radical agenda is out of step with our state and would take our country down the wrong path. We have delivered results for our state and our country, but the work is just getting started. We need all hands on deck, and with support across all 15 counties we have the team in place to win in November.” – Senator Martha McSally 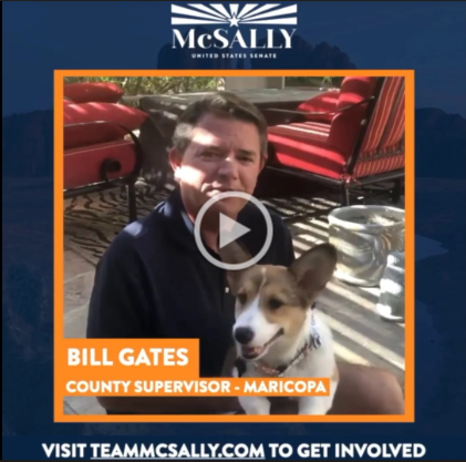 “In Martha McSally we have a senator that is putting Arizonans first. As a fellow veteran, I know the dedication, integrity, and leadership that made her a successful combat pilot is what makes her the right choice to continue fighting for us in Washington. She shows what real leadership looks like in the United States Senate. If you want more of your money in your pocket and not the government’s, if you want to make your own health care decision and not have a government takeover of health care, if you want to hold China accountable for ripping off American workers, then join me in supporting Senator McSally.” – Walt Blackman, State Representative LD-6

“Martha has spent her entire life fighting for our state and our country, and I know she will never stop fighting for us. She knows the unique issues we face in rural Arizona and has always made sure our voices are heard. She’s fought to make sure our rural hospitals stay open, invested in our jobs and infrastructure, and kept our taxes low. We need a leader with a proven record of results, and that’s why we need to keep Martha McSally in the Senate.” – Becky Nutt, State Representative LD-14