We’ve been saying this for a while: The more voters learn about liberal partisan Mark Kelly, the more they’ve rejected him. And now we’re seeing that this election is a dead heat. 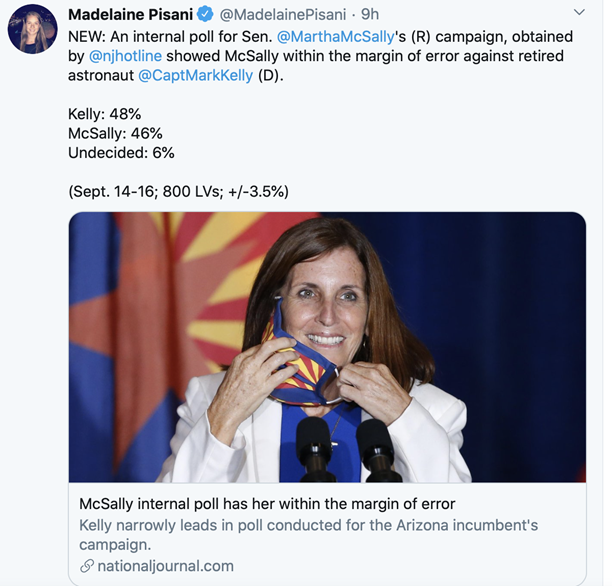 Martha laid out the case, and the raised stakes due to the SCOTUS vacancy, this morning on Fox & Friends.

This comes on the heels of Mark Kelly flip-flopping on court packing last night. Initially he refused to rule out the Democrats’ radical move to upend our third branch of government, and only reversed positions after being dragged in the press. Regardless of his backtracking, it doesn’t matter. Mark proved that he’s a liberal puppet for Chuck Schumer and AOC’s plans to eliminate the filibuster, raise Arizonans’ taxes, pass the job-killing Green New Deal, and ram through the total government takeover of health care. 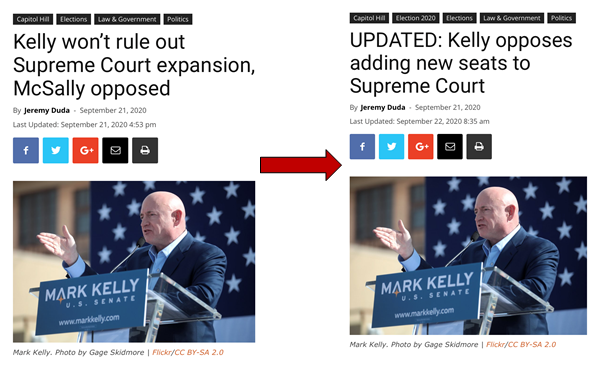