If I’ve said it once, I’ve said it a thousand times:  It is unacceptable that Mark Kelly is getting away with avoiding answering basic questions about where he stands. He continues to refuse to debate before voting begins. 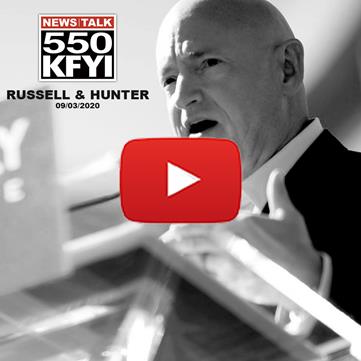 Given the reporting this week on the tens of millions of dollars Mark Kelly made selling out to the highest bidder, it’s no wonder he continues to avoid any and all public forums.

“The records illustrate a transformation from high-profile congressional spouse to multimillionaire Senate candidate based on a slew of investments, ties to business barons and a lucrative public persona that took him from coast-to-coast and outside the United States for paid appearances.
…
“Along the way, Kelly did business with Chinese interests, participated in a marketing strategy criticized as sexist, and sometimes had financial ties to businesses with records at odds with his own on environmental conservation.”

Combined with his support for what would be the largest tax increase in American history, it’s no wonder Mark Kelly is hiding from Arizonans. It doesn’t make it any less shameful though.

Like Martha said earlier this week: We’re starting to think Mark Kelly is afraid of debating a girl.