This is not a secret – China is our number one geopolitical threat.

But while Martha has worked tirelessly to stand up to China, hold them accountable for unleashing COVID on the world, protect our IP, and bring jobs back from China…Mark Kelly cozied up to them.

In 2003, he attended “an all-expenses-paid retreat” funded by the Chinese government that he called “one of the absolute highlights of [his] life, second only to flying in space.” He even took the government group’s flag into space with him.

That trip proved to be the beginning of a lucrative relationship for Kelly, who later personally secured Chinese government-linked Tencent’s investment in his space exploration company—a move that has been widely criticized by national security experts. 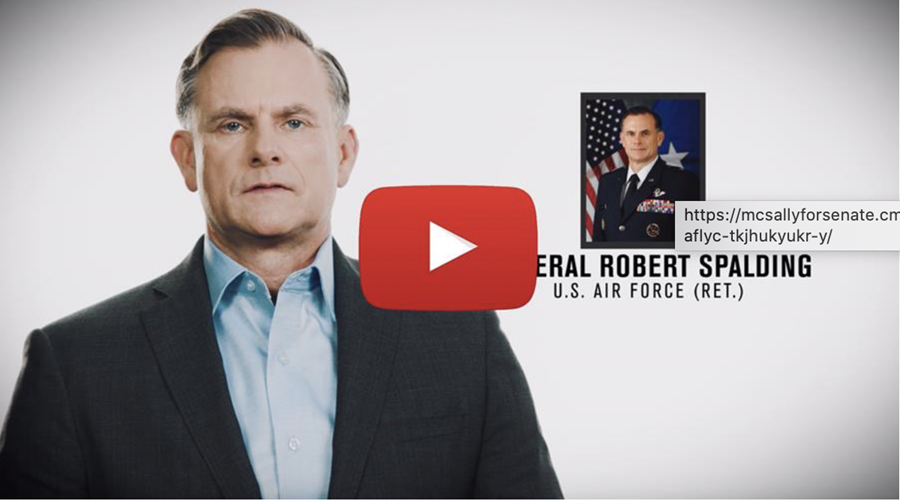 “I’m General Robert Spalding. I served as the senior defense official to China for the U.S. military.

China wants to infiltrate America’s space industry so they can steal our technology and military secrets.

Mark Kelly put his profits ahead of our security. Kelly’s actions make me question his judgment.”

Mark’s willingness to jump into bed with Chinese government tied investors raises serious questions about his judgement and his ability to take on our number one adversary.