After being excoriated by local press for weeks, Mark Kelly is STILL dancing around the biggest political questions before the Senate: 1) Will he support Chuck Schumer as Majority Leader and 2) Will he join his colleagues in ending the filibuster?

He’s been asked once, twice, three times, and a FOURTH time this week. This isn’t hypothetical. There is no excuse.

On the debate floor, for the FIFTH time Mark Kelly said “If [filibuster] comes up…I will give it thoughtful consideration…”

He even said he couldn’t follow what’s going on…

It’s a slap in the face to Arizonans that he thinks he’s above answering their questions.

Chuck Schumer himself said “I’m not busting my chops to become Majority Leader to do very little or nothing.”

Schumer has poured MILLIONS into this race because he believes his path to power is through Arizona.

Even fellow former astronauts have come out against Mark Kelly because they know he’d be a rubber stamp for Chuck Schumer.

READ: Martha McSally has what it takes to be a senator. Mark Kelly doesn’t, former astronauts say 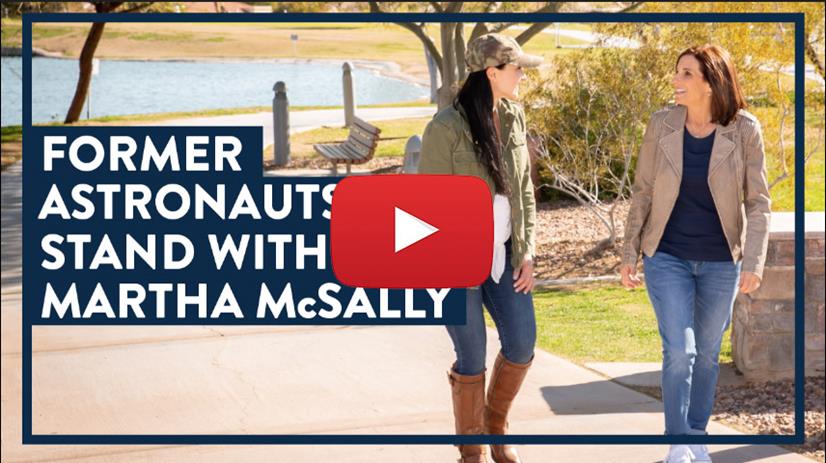 Mark Kelly is lying to Arizonans. We can’t afford him in the U.S. Senate.